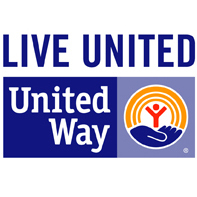 In terms of donations received, the United Way Worldwide is the largest privately held nonprofit organization, raising over $5 billion per year. With over 1,800 offices in 45 countries, and with 2.8 million volunteers, United Way is also a titanically large and truly global organization. As of today, it also accepts bitcoin through a new partnership with Coinbase.

The bitcoin system also allows the United Way a new “micro-donation” channel, allowing the organization to accept donations of $1. Using the current system, micro-donations are often discouraged because the price of processing the payments is often larger than the donation amount.

The partnership brings yet another round of good news for Coinbase, who only last week announced a partnership with payment processing giant PayPal. In July, Coinbase announced it had dropped all processing fees fees for nonprofit organizations after winning over another noteworthy global charity, the Wikimedia Foundation.