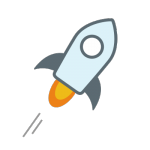 In the startup world, Stripe is already a Silicon Valley success story. Founded in 2010, the online payment processor has hit most of the high points in the tech company fairy tale: Y Combinator acceptance; over $110 million in investment by venture capital firms like Sequoia Capital, and Andreessen Horowitz; and a massive valuation bubble rising in just a few years from a few million to $1.7 billion. So when a company like Stripe, which is already known to have experimented with bitcoin, announces the launch of a new currency-agnostic, open-source, “IP layer for money” project, Silicon Valley listens.

That system, launched today, is called Stellar. Its cryptocurrency pedigree is already well established, with core development driven by former Ripple founder (and Mt.Gox creator) Jed McCaleb and Dr. David Mazières, best known for his work as head of Stanford’s Secure Computer Systems group, as well as being the creator of SFS and bcrypt. Stripe contributed $3 million to the Stellar project, in exchange for 2% of the total “stellar” tokens.

Writing about the launch, Stripe CTO Greg Brockman took great pains to note that while the new system will be bitcoin friendly, it’s goals are bigger than just supporting one payment system. “Stellar is (like Bitcoin) a decentralized payment network; unlike Bitcoin, it supports transactions in arbitrary currencies—you can use dollars, Euros, bitcoins, or anything else.” Brockman also noted that Stellar is still “highly experimental.”

If this sounds an awful lot like a competitor to Ripple, that’s because it is. Once the darling of the cryptocurrency startup world, Ripple’s current fate is uncertain, providing an opening for Stripe to launch a Ripple-like project to fill the void. McCaleb publicly fled Ripple Labs a few months ago, dumping nearly 9 million XRP in the process and causing the price to crash dramatically.