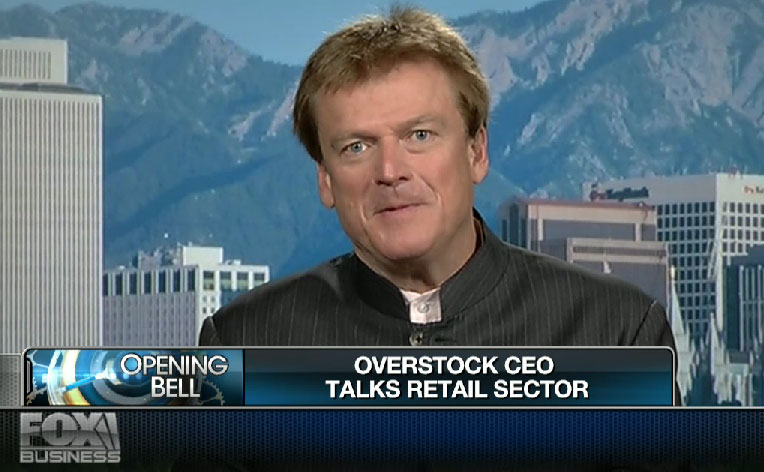 Speaking on the Fox Business segment “Opening Bell”, Overstock.com CEO Patrick Byrne explained his long-term view for the virtual currency. During a discussion about the overall state of the online retail economy, host Maria Bartiromo asked Byrne “Where’s the money [in bitcoin]?”

“Bitcoin is tiny at this point, but it’s growing about 25% a month,” Byrne replied. “In terms of actual transactions in a day, I think it’s 300 million in a day, and sort of passing PayPal at this point. Although a lot of that is just going to be exchange trading, and not real economic activity. But it is growing very quickly. If it’s a tenth of one percent this year, next year it will be one percent. A couple of years from now it might be five percent or something. We wanted to get in early on it.”

Interestingly, Bartiromo followed up Byrne’s response by asking for clarification on how bitcoin transactions actually work. “When I said ‘Where’s the money,’ I only said it half facetiously. How do you get paid?”

Byrne explained the basics of working with bitcoin payment processors, and then elaborated that Overstock coverts roughly 90% of bitcoin payments back into fiat currency to pay suppliers. “We’re accumulating about 10 percent of the bitcoin that gets spent on our site.”

Overstock had a revenue of roughly $1.3 billion in 2013. In other recent interviews, Byrne has said that Overstock’s bitcoin sales are growing by around 25% each month, and that the company has done roughly $1.6 million in total sales to bitcoin users since launching the option earlier this year.