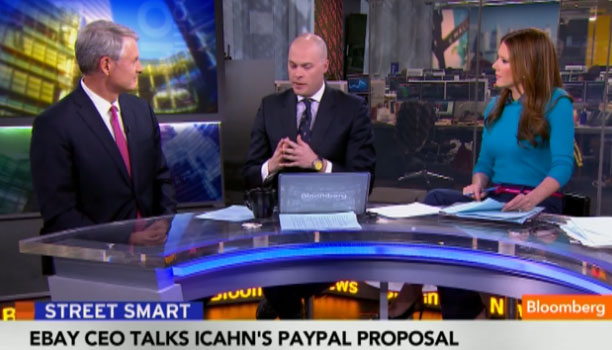 Is PayPal building a Bitcoin-friendly wallet? You can use digital currencies in the PayPal digital wallet, that’s in fact what PayPal is doing … building a digital wallet that can take multiple types of currency.”

The conversation starts around the 3:10 mark in the video below.

Donahoe has made positive comments about Bitcoin in the past, and even hinted that PayPal would accept the virtual currency at some point in the future. He’s not alone: PayPal President David Marcus has also indicated that Bitcoin might play a large role in the company’s future once the regulatory issues and price volatility stabilizes.