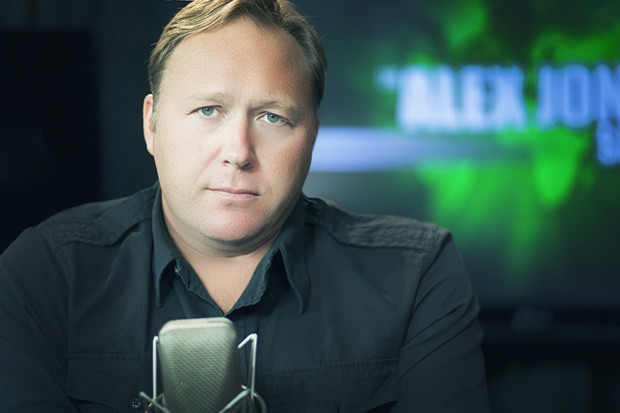 There are few personalities on the fringes of popular culture quite as polarizing as Alex Jones. The host of the syndicated The Alex Jones Show radio program is heard on well over 100 AM and FM stations across the country, bringing a mix of hardcore libertarian thinking, iffy conspiracy theories and news commentary to an audience estimated to be at least 2.5 million. Jones has also been, at times at least, a considerable critic and skeptic of bitcoin and cryptocurrencies. As of last night, however, Jones appears to have become a bitcoin believer, and perhaps even advocate.

During an interview with musician Shooter Jennings, Jones announced that his company’s web store would now accept bitcoin. He prefaced his announcement by clarifying his position on bitcoin:

I’ve never been against bitcoin. I just underestimated the power of the people to defeat all the government attacks and propaganda. Now it’s such a protest movement, even though they’ve driven it down a few times and it keeps going back up. Obviously, if the mainstream has become forced to use it, InfoWarsStore.com will start to use it.”

Jones said his company would be integrating bitcoin payments “in the next week or two,” and would be going with the most “standard, safe way to use it,” suggesting a soon-to-be-announced payment partnership with BitPay or Coinbase.

Leaving Jones’ politics and views to one side, his company’s adoption of bitcoin should be viewed as significant progress for cryptocurrencies. While InfoWarsStore.com has a sliver of the customer base of TigerDirect or Overstock, its users are within the median economic, geographic and educational demographic that is generally overlooked by the more tech-savvy early adopters. Simply by accepting and endorsing bitcoin, Jones may have done more to push mainstream adoption in the American Heartland than the combined efforts of Silicon Valley’s developers.