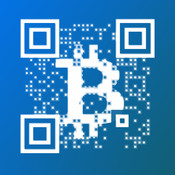 It’s no secret that Apple isn’t a bitcoin supporter. The App Store has shut down every native bitcoin wallet for iOS in recent months, often with little explanation other than a form letter. While there is rampant speculation about why Apple blocks bitcoin-wallet apps, many of which seem related to Apple wanting a cut of all money exchanged on their platform, it’s possible that there are other issues involved. What is known is that new bitcoin-related apps are seemingly rejected outright.

Not only is this frustrating for the developers, it’s also effectively preventing iPhone users from using bitcoin’s powerful mobile payment abilities. While many developers have focused on building web-app HTML 5 walets (which can’t be easily blocked), a few stalwart coders have continued to submit new wallet apps in the hopes that one will eventually make it through into the store. One such app is Bity, which is the first bitcoin wallet in months to make its way into the App Store in recent memory.

As reported on CoinDesk, Bity appears to have flown under Apple’s radar by changing a few key features of the standard wallet. The first major difference is that Bity ads a new terms and conditions page completely absolving Apple from all responsibility should something go wrong.

The second major difference is that Bity isn’t actually a wallet, although it does act like one. According to CoinDesk:

Users must enter a Blockchain wallet ID and password, or alternatively the private key of a wallet, which are saved in the app and used to make transactions. As well as sending funds, the app also facilitates receiving funds by displaying a QR code for the user’s wallet and will update the amount of funds in the wallet as the total changes. … This is not the most elegant solution, perhaps, at least not compared to your typical Android wallet, but that is the price to pay for sneaking into Apple’s walled garden.

The app also tracks prices on a variety of exchanges, and can display price trends in graphs. The app is currently free, although this may be subject to change after the initial promotional period.