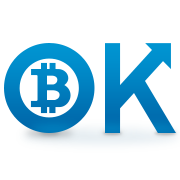 Broadly speaking, the bitcoin exchange world is divided into two camps: Those who deal in U.S. dollars, and those who deal in Chinese yuan (renminbi). Sure, there are exchanges that focus on Canadian dollars, Euros, Thai baht and almost every local currency, but the bulk of bitcoin’s trade volume is still dominated by USD and CNY tickers. Those communities have surprisingly little overlap, with Chinese exchanges sticking almost exclusively to Asian customers and Western exchanges sticking to the English-speaking market. Given bitcoin’s decentralized and fungible nature, it’s somewhat strange that no exchange has yet attempted to fully bridge the gap.

That cultural barrier may be starting to weaken, however. Beijing-based bitcoin exchange OKCoin recently announced plans to open an internationally focused exchange, with USD deposits and withdrawals.

Speaking with CoinDesk, OKCoin CTO Changpeng Zhao said that the English-language site will be aimed at establishing OKCoin’s credibility as a viable platform outside of China. The new site will use OKCoin’s platform, but will have separate order books from its Chinese-language site. Zhao noted that while the core software will be the same, the two websites will also have some significant differences.

It’s those little things that actually matter, and we’re still trying to figure out how to best satisfy both worlds. At the moment, we don’t want to have two separate products, but later we may have different versions for different regions.”

The article noted that OKCoin won’t be seeking U.S. money transmission licenses immediately, and that that USD and English-language focus is less about seeking U.S. users than it is seeking international traders who work in USD as the de facto reserve and trading currency. No timetable for the launch of the site has been announced, although it is known that the domain name will be OKCoin.com (which currently redirects to OKCoin’s yuan-based English-language site).