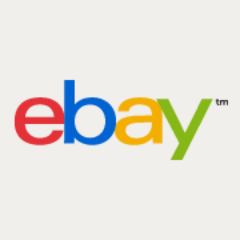 At the annual eBay shareholders meeting in San Jose, CA, yesterday, CEO John Donahoe answered a variety of questions from stakeholders about the company’s direction and plans for the coming year. One particularly interesting question was posed by Silicon Valley Black Chamber of Commerce representative Carl Davis, who was curious about eBay’s response to the rapidly growing role of bitcoin in global trade. Donahoe is no stranger to bitcoin, and has made several positive comments about both the cryptocurrency concept as well as the vaguely hinting at possibility for eventual eBay and PayPal integration of cryptocurrency payments. His answer this time, however, was unambiguous.

We think Bitcoin will play a very important role in the future. Exactly how that plays out, and how we can best take advantage of it and enable it with PayPal, that’s something we’re actively considering. It’s on our radar screen.”

eBay integration of bitcoin would have a significant impact on the bitcoin market, which may be one reason for the company’s reluctance to move forward quickly. The volatility of bitcoin’s price was cited by PayPal President David Marcus as the major issue preventing his company from adopting it. With many major bitcoin-related services coming online in Q2 and Q3 of this year, eBay/PayPal may just be biding their time while the ecosystem becomes more established and mature.

While there is no concrete proof that eBay/PayPal will be moving towards bitcoin adoption in the near future, there are hints that the company is already testing the waters. In February, Donahoe mentioned in passing on Bloomberg TV’s Street Smart that PayPal was building a new wallet system capable of handling bitcoin payments. In March, news surfaced that a 2011 payment-system patent filed by eBay was designed with bitcoin in mind. And just last month, eBay quietly relaunched their virtual currency category in the U.S.