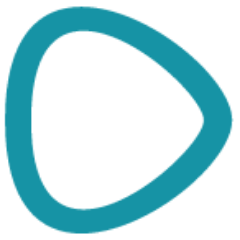 Bitcoin “vault” provider Elliptic announced today that it has secured £1.2 million ($2 million) in a seed funding round led by Octopus Investments. The U.K.-based company is best known for its “enterprise-grade insured storage” of bitcoin, meeting the standards required for institutional-level investments. The investment marks the first major injection of bitcoin-focused venture capital funds into the rapidly growing British cryptocurrency industry.

Elliptic isn’t just focused on bitcoin, however. Speaking with the Telegraph, Elliptic CEO James Smith said: “We believe that the future of finance lies in digital assets, and as such it is essential that we work to both legitimise and protect the likes of Bitcoin. But digital currencies are just the start – the block chain technology behind Bitcoin has the potential to revolutionise a wide range of industries.”

With smart contracts and other digital asset classes on the horizon, Elliptic’s investors seem to be betting that the future is securely held data as much as safely locked-down wallets.

The $2 million round may seem humble in comparison to the $40 recently raised by “vault” provider Xapo, for instance, it does hint at a growing interest in bitcoin by international investors. Elliptic has only been in business for six months, has few notable clients and has never had a published external audit of its security system. Yet, in a single round Elliptic gained roughly the same about of seed funds as all bitcoin venture capital investment in 2012. When combined with the today’s announcement of $2.8 million invested in bitcoin analytics company TradeBlock, year-to-date bitcoin investment has crossed the $150 million mark.