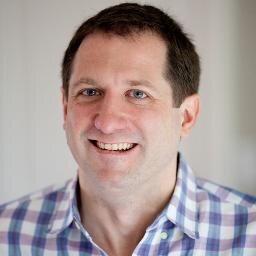 To call Ben Davenport a “software engineer,” as he’s been credited on Facebook since 2011, is more than a bit misleading. There’s no question that he’s a gifted developer, as he was part of the teams that developed Google AdSense and MSN Explorer, but he’s better known in bitcoin circles as one of the angel investors behind Boost VS, BitPay, itBit and Coinsetter. When a guy like Davenport leaves a cushy job at Facebook to dive full-time into ultra-secure bitcoin wallet provider BitGo, it’s worthy of note.

Speaking with CoinDesk, Davenport explained that it was BitGo’s focus on extremely secure multi-signature transactions that caught his attention. By requiring at least two authorizations for funds to move from one address to another, “multisig” holds a huge amount of promise for enterprise-level uses of bitcoin transactions. While a single authorization makes sense for a personal bitcoin wallet, it makes much less sense for a company to adopt bitcoin as a payment system. With a single point of failure, no easy way to manage authorizations, and huge issues doing simple things like moving funds from one department to another, businesses need systems built around multisig before they can even consider using bitcoin.

All those people need to transact with bitcoin, but need to be able to have business roles in place,” explained Davenport. “Spending limits, velocity limits and approval chains.”

While the core functionality of multisig has been around since 2012, few wallet providers have implemented it due to the considerable coding challenges required to make it practical. BitGo, on the other hand, has spent considerable time cracking that problem.

“That sort of thing doesn’t exist for bitcoin today and that’s one of the things that BitGo will be enabling,” Davenport told CoinDesk.

Davenport has been an investor at BitGo from the very early stages, and will officially join the team as both a co-founder and Head of Product.