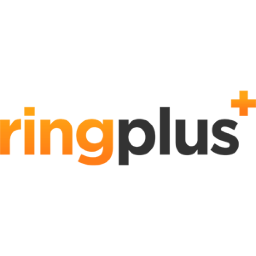 If you don’t live in Los Angeles, New York or San Francisco, you’ve probably never heard of RingPlus. In the world of cellphone service providers, however, RingPlus is arguably one of the most experimental companies operating today. In addition to providing a range of ultra-low-cost plans, the company has even created a free, ad-supported system for those who don’t mind waiting through an ad to make a call. If any company was likely to give cryptocurrency payments a try, it was RingPlus.

And boy did they. On Wednesday, RingPlus announced they would not only become the first cellular company to accept bitcoin payments, they would also become one of the first sizable companies to accept payments in litecoin and dogecoin. The company has partnered with Santa Monica-based GoCoin for payment processing.

If the company’s blog post about the move is to be believed, this isn’t just a marketing gimmick. According to RingPlus CEO Karl Seelig, the payment option originated with customer demand. “We listened to our members who are asking for alternative ways to pay their bill, and are extremely satisfied to be leading the charge – so to speak,” Seelig said.

According to a post on CoinDesk, customers will still need to register their accounts with a standard credit card before “topping up” their balances with cryptocurrency. The article noted a forum post by RingPlus CTO Evan McGee noting that larger plans for crypto-adoption were in the works. MeGee said: “Just to restate what might not be obvious – for now, this is just to top-up individual accounts. We’re going to allow registering with virtual currencies soon, but that requires a much larger change to how we process information upfront. It’ll be along shortly.”

The digital currency adoption doesn’t appear to have made an appearance in RingPlus marketing yet, although savvy users in New York and Southern California might want to be on the lookout for the inevitable Doge-meme ads trumpeting “Such wireless” and “Much cellphone.”

Play real money casino games using bitcoins. We recommend bitcoincasino.best if your looking for the perfect place to play.