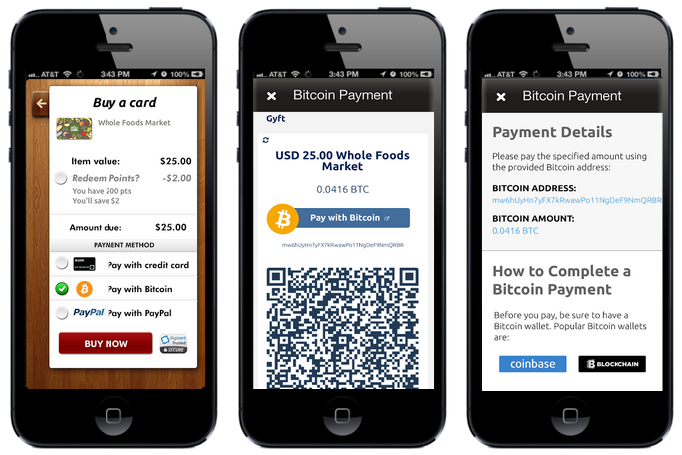 For many active bitcoiners, Gyft is solution to a major problem: Buying things with bitcoin at places that don’t accept cryptocurrency. The company provides digital gift cards for some of the best-known brands and retailers in the world, such as Whole Foods, Burger King, CVS and Game Stop. The company even returns 3% of the purchase price to the buyer, giving a real-world incentive for using bitcoin. For Apple’s iOS users, however, Gyft’s many bitcoin benefits have been out of reach, blocked by cryptocurrency-hostile developer policies.

In the company’s blog about the update, staffer Jen Rhee wrote:

This is a huge milestone for us and the Bitcoin community. It has already been over one year since we started accepting Bitcoin as payment on our desktop and Android apps. Since then, we have read and heard numerous inspirational stories about how our Bitcoiners have used Gyft, everything from buying simple groceries at Whole Foods Market to buying gifts for Father’s Day at The Home Depot, to giving back to the community by distributing Papa John’s gift cards to those in need. We have been extremely humbled to hear your stories. We hope that by offering the ability to pay with Bitcoin on our iOS app, the stories that come into our inboxes will increase tenfold.

Speaking with CoinDesk, Gyft CEO Vinny Lingham said: “Our users are ecstatic about it. The moment we heard the rules were being relaxed we wanted to get it up and running as soon as possible.”