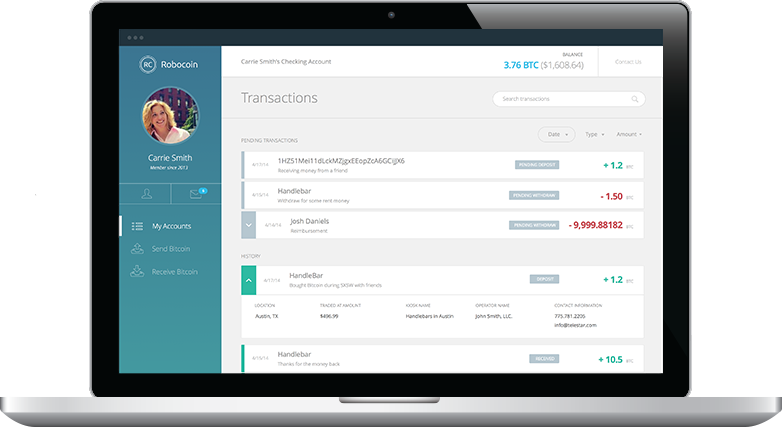 Speaking with CoinDesk about the move, Robocoin CEO Jordan Kelley, said the new service brings the company closer to its original goal of making bitcoin more user-friendly for mass-market consumers and the underbanked.

We realized very quickly that we needed to build an online bank that way our customers don’t have to worry about private keys anymore.”

Kelly also explained this his system isn’t aimed at direct user bitcoin adoption, but instead uses bitcoin’s system as a backbone for a lower-cost form of banking service. Getting users to buy and sell bitcoin is less important than helping them solve their money-transaction problems through a better system.

The idea that bitcoin is going to be this big game-changer for remittance is absolutely factual, however, thinking that a Mexican immigrant is going to be sending bitcoin back to his family is really far-fetched.”

In the new system, users will no longer “buy” or “sell” bitcoin, but rather see more familiar bank-like options to deposit or withdraw fiat currency or bitcoin. Additionally, customers will be set up with accounts using familiar concepts such as PIN passwords and biometric identification.