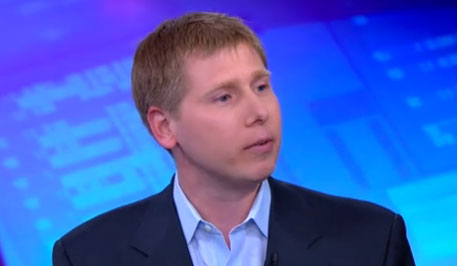 Speaking on yesterday on Bloomberg TV’s Street Smart, SecondMarket CEO Barry Silbert claimed that the bitcoin industry is nearing a positive “inflection point” after downward-trending six months. Silbert was on the show to discuss SecondMarket’s buyers’ syndicate for the U.S. Marshal Service’s auction of nearly 30,000 BTC seized from the Silk Road, but the conversation quickly shifted to a variety of bitcoin-related topics.

Discussing the trends he was seeing with SecondMarket’s Bitcoin Investment Trust, Silbert said that there is serious high-level investor interest in bitcoin.

“On the Wall Street front, I can’t tell you how many days a week I’m speaking and doing meetups with global banks,” he told Street Smart. “It is going to happen. We’re kind of at the inflection point where I think we’re going to see some real institutional money move into the space.”

Silbert also discussed the previous Street Smart segment with Western Union CEO Hikmet Ersek, who said that his company would be open to bitcoin if it was regulated as a “proper currency.” Silbert compared Western Union’s attitude to long-troubled photographic film manufacturer Kodak in the mid-1990s.

“Digital photography comes out, and [Kodak’s reaction is] ‘No one is going to use this.’ All of the sudden, Kodak becomes a buggy-whip company. I think Western Union is running the risk right now of not embracing digital currency.”