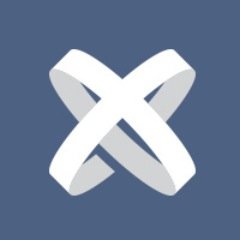 Venture capitalists and angel investors are betting big on bitcoin’s appeal in emerging-market economies, a trend only reinforced by BitX’s latest fundraising announcement. The Singapore-based bitcoin services provider revealed today that it has raised $824,000 in a seed-funding round. Investors include London-based Ariadne Capital and Palo Alto-based investor Carol Realini, as well seemingly ubiquitous bitcoin-backer Barry Silbert, via his Bitcoin Opportunity Corp. The funding is expected to fuel BitX’s plans to expand their offerings into a variety of countries where financial instability, high remittance rates and large numbers of “unbanked” people could make bitcoin services particularly appealing.

The BitX platform offers a variety of familiar services, such as online wallets, merchant tools, simple exchange-like services and a user API. Although the service may not seem groundbreaking by Western standards, the company is focusing on creating a one-stop shop for bitcoin related services that should allow it to be localized in new markets with relative ease. The company has already made a significant step outside of its native Singapore, expanding services into the South African market earlier this year thanks to a partnership with PayFast.

Speaking with CoinDesk about his fund’s investment in BitX, Barry Silbert said: “In a very short period of time, the BitX team has successfully built a highly scalable, unique model that has enabled them to quickly grow a global footprint and demonstrate success in a number of markets.” The CoinDesk story noted that BitX has launched wallet services in Southeast Asia, Africa, Eastern Europe and Latin America, and has three active bitcoin exchanges in South Africa, Kenya and Namibia. While BitX is hardly the only startup with its eyes on emerging markets, the seed-round funding is likely to give them a much needed liquidity boost as competition increases.