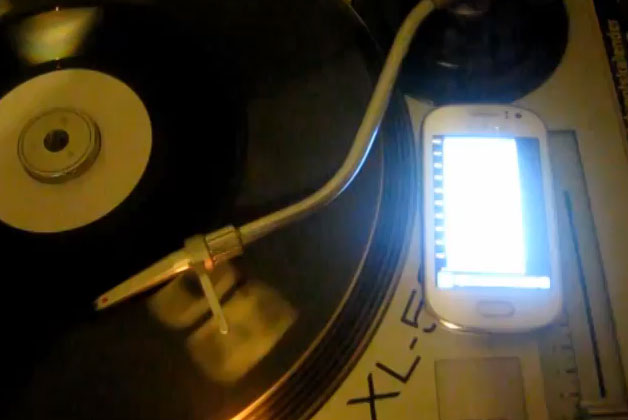 When most cryptocurrency users think of putting their funds in cold storage, they generally picture using a paper wallet. While that method has its merits, it does suffer from a problem: If a person can see your QR code, private key, or even passphrase seed, they can access your address and your funds. But what if there was a way to avoid this problem using one of the most common means of transmitting information available? What about a wallet made of sound?

That’s not as strange of an idea as you might think. The Sound Wallet project turns a private key into a special kind audio file. To the human ear, the file seems to be little more than buzzing noise. When that audio file is fed into any number of digital programs with the ability to display the sound visually (spectrogram), however, the encoded keys become perfectly visible. Even more interestingly, a user could record these sound files to any traditional audio media — LP records, cassette, CD, MP3 — and store them almost anywhere with reasonable degree of security.

The Sound Wallet system would allow a completely offline device — an old record player, for instance — to jump the “air gap” to a less secure device, such as an internet-connected computer. According to the Sound Wallet website, this opens up a huge range of options for storing private keys:

Records are the ultimate archive format. You could add the record to your record crate, put it in a frame and hang it on your wall, or store it in your safe.Where we are at now: We have been able to embed a private key in into audio and then read the private key using a spectroscope app on an android phone. The audio is about 30 seconds to one minute of noise for one key.

Here’s a demo of the technology at work, in real time:

The project, which as been in the works since February, has gained new attention of recent thanks to a highly favorable review on popular bitcoin hardware site Object2212.