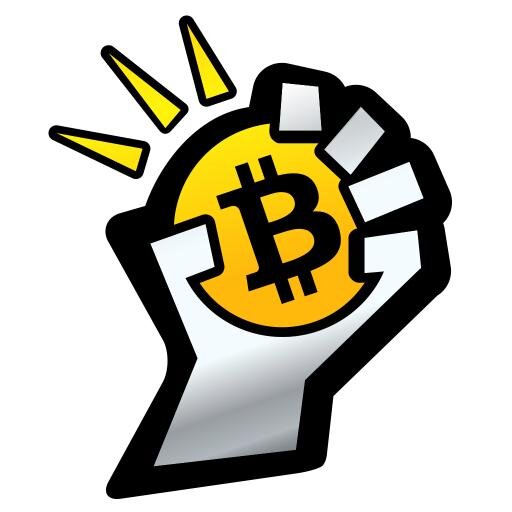 Game on! “Take My Bitcoins!” brings bitcoin to the game show universe One of the best things about innovation is that you get to make up your own rules. In Mike Rotman’s case, creating a streaming, bitcoin-themed game show meant that he didn’t have to worry about pitching his idea to a network. Instead of running the gauntlet of TV industry gatekeepers, Rotman and his team simply bought a few cameras, built a simple studio set in a garage, and got to work turning their concept into a reality. Fittingly, the company calls itself Streamin’ Garage.

On April 3, after mere weeks of prep time, that concept had become a reality. Take My Bitcoins! went live.

As the first bitcoin-themed media production of even moderate size, there’s really not much to compare TMB! to. It’s a live game show, allowing anyone with a Twitter account and a broadband connection to play. The format is a series of simple, social-media friendly games hosted by Rotman and that week’s guest star, with formality taking a backseat to casual entertainment value. (Bitcoin-loving TV notables Samm Levine and Alex Albrecht have already taken turns guest hosting.) There’s a true DIY feel to the show, recalling the early days of the cable TV. A screenshot from “Take My Bitcoins!”

The show’s core concept is summed up by Rotman in each week’s intro: “This is the show where we give away bitcoins. It’s that simple, that easy.”

Chiming in on the show’s chatroom during the broadcast, users are selected to answer various trivia questions in segments like “This Or That?” and “Stairway to Bitcoin.” Correct answers result in bitcoin prizes ranging as high as 0.9 BTC. The games don’t stop until that week’s bitcoin supply is depleted.

Where do those bitcoins come from? Sponsored by bitcoin mining hardware maker Butterfly Labs, the show’s prizes are mined in house with their own rig. This allows for an clever piece of social media promotion, as users on Twitter are encouraged to guess how many bitcoins TMB! have generated each week, with the closest guess receiving the first prize of the episode. (Given that his number will vary, Butterfly Labs also chips a few extra BTC each week as a “surprise.”)

The show is still in its early stages, and there are plenty of kinks left to work out before Rotman can give Alex Trebek a run for his fiat. But as work of advocacy for bitcoin, Take My Bitcoins! is in a class by itself. A passion for the political, social and technological potential for cryptocurrency isn’t needed to participate in the show: You just have to like trivia. For a community that is still seen as being on the extreme fringes of mainstream culture, a friendly, slightly goofy game show is a huge move forward.

Take My Bitcoins! airs live every Thursday at 8 P.M. (Pacific Time) at TakeMyBitcoins.tv.