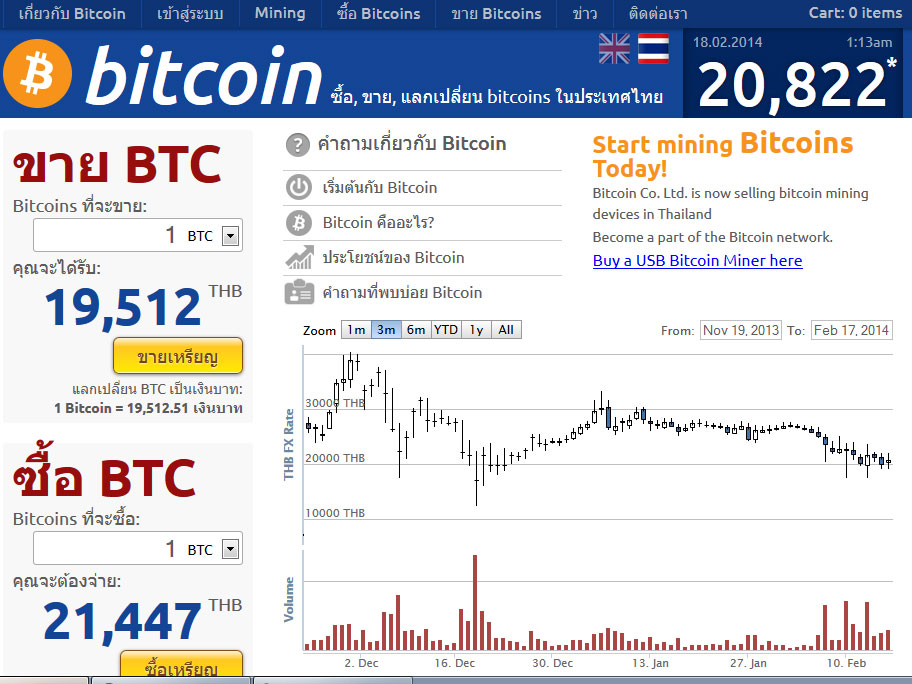 In August of 2013, the Bank of Thailand released a strongly worded letter explaining that Bitcoin was an “illegal” form of currency in the country. Even though Thailand’s central bank lacked the authority to actually make trading in Bitcoin a crime, the disapproval was strong enough that public trading in Bitcoin was effectively halted in the country, as Thailand’s only exchange, Bitcoin.co.th, was suspended from doing business.

After months of petitioning by Bitcoin activists and businesses, the Bank of Thailand reversed its position on Saturday. Under the new rules, Bitcoin is no longer considered illegal as long as funds are only converted from and into the local currency, the baht. As long as the Bank of Thailand has full control over the exchange of foreign currencies in the country, citizens are free to trade Bitcoin.

According to a post on TechInAsia.com, the Bank of Thailand also claims that no further regulation of Bitcoin is planned. The report cites a Ministry of Finance letter from December of 2013 stating:

After further consideration, Bitcoin exchange operations do not fall under the scope of Ministry of Finance regulation, unless foreign currencies are also offered for exchange.”

As of this writing, Bitcoin.co.th is back online, with one Bitcoin trading for 20,822 baht.