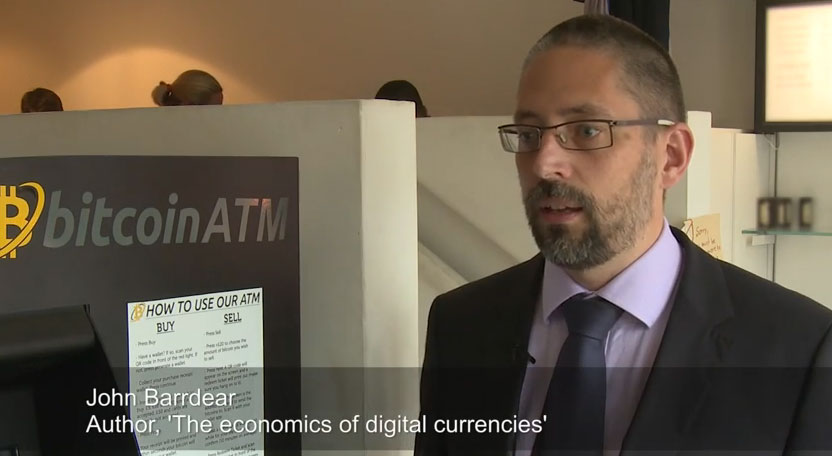 The Bank of England releases extensive new report on bitcoin’s potential impact in the U.K. Screenshot from the Bank of England bitcoin video.

The Bank of England released a pair of cryptocurrency-related articles today, prompting waves of commentary throughout the global financial press. The articles, pre-released from the BoE’s forthcoming Quarterly Bulletin 2014 Q3 report, focus on defining bitcoin’s core innovation — the trustless, distributed ledger better known as the block chain — and on examining the economics of digital currency and its potential long-term impact on the British economy.

Unlike some earlier publications by financial authorities, the BoE report is largely supportive of bitcoin’s “significant innovations,” noting that the block chain’s concepts “open up the possibility for distributed ledgers to transform the financial system more generally.” The reports provide a clear, seemingly fair analysis of how the bitcoin network operates, what its real-world limitations are at present, and what the future may hold for digital currencies and other ledger-like systems (stocks, bonds, commodities).

Perhaps most interestingly, the BoE researchers concluded that digital currencies “do not currently pose a material risk to monetary or financial stability in the United Kingdom.” While not a resounding endorsement of bitcoin, the statement echoes the reports’ overall theme that allowing block chain technology to develop unhindered is worth the risk. “The distributed ledger is a genuine technological innovation which demonstrates that digital records can be held securely without any central authority.” The authors tempered this statement with a caveat, however, adding “… but it is conceivable that potential risks could develop over time. … The Bank continues to monitor developments in this area.”

The report’s release is timely, with bitcoin ATMs on the rise in the U.K. and major expansions into the European market by U.S. bitcoin-service companies like BitPay and Coinbase. Thus far, bitcoin adoption in the U.K. is relatively low (the researchers claim there are only about 20,000 users in Britain), but the BoE report indicates that this trend is growing. Although there are no major bitcoin exchanges in the U.K., the recent Coinbase partnership with eBay/PayPal may bring cryptocurrencies to Britain’s online population sooner than even the BoE’s best analysis could anticipate.

The BoE also released a pair of videos with the reports’ authors, providing a general overview of the two articles.