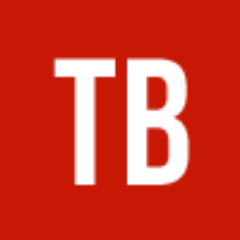 Cryptocurrency analytics and data provider TradeBlock announced today that it had secured $2.8 million in seed-round funds. Investors include many of the usual suspects, such as Andreessen Horowitz, FinTech Collective and Second Market’s Barry Silbert. The company’s founders describe it as “the Bloomberg of bitcoin,” an elevator pitch that appears to have been developed during their time in the Y Combinator accelerator program earlier this year. The company itself was founded in late 2013.

TradeBlock’s site currently offers a BTC price index, a mining calculator, custom reports and an API for cross-platform development. The new funds should enable TradeBlock to develop a new suite of professional-level reporting tools, although some will almost certainly require a fee or membership to access. TradeBlock appears to be the first bitcoin analytics company to receive such a huge level of venture capital support, and the first company not directly involved with mining, exchanging, wallet hosting or payment processing to see more than a few hundred thousand dollars of VC funding. Bitcoin data giant Blockchain.info, for instance, appears to have gained its position without significant outside investment.

In a report on the Wall Street Journal‘s MoneyBeat blog, co-founder Greg Schvey said that the $2.8 million round was exactly the amount targeted, noting “We’re very fortunate that [the investors] understand and knew the vision.” Schvey declined to disclose the company’s current valuation.

With the TradeBlock investment, venture capital investment in the bitcoin ecosystem this year is well above $150 million, and total investment has crossed $250 million. With a quarter of a billion dollars being spread around to develop the technology and infrastructure, its easy to see why so many major league investors have suddenly taken an interest in bitcoin’s potential.