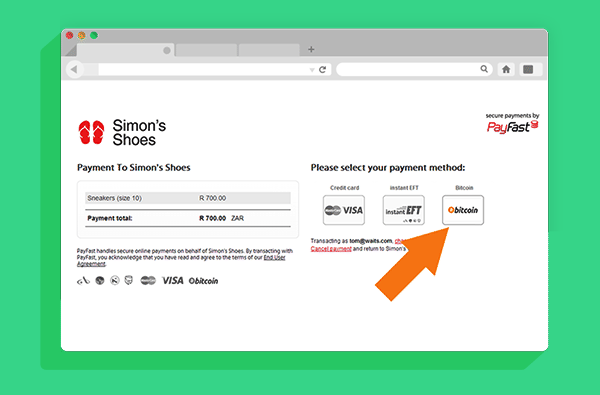 This morning, South African payment processor PayFast announced it would soon offer bitcoin was a payment option for its 30,000 merchant customers. As one of the largest payment companies in Africa, PayFast’s move has given a huge boost to bitcoin’s credibility in the region, where it is still viewed with extreme skepticism by the government and financial institutions. PayFast has partnered with small South African cryptocurrency exchange BitX to process the transactions.

According to the Wall Street Journal‘s MoneyBeat blog, PayFast is exploring digital currency in anticipation of rapidly growing demand for bitcoin in Africa. Bitcoin has been widely suggested as a solution to both the notoriously unstable regional currencies and to the oppressively high remittance fees paid to send money to Africa.

PayFast founder and managing director Jonathan Smit told the WSJ: “We are not really seeing a demand for bitcoin from customers per se, but bitcoin is very much a hot topic on South African lips. … The position we are taking is not necessarily driven by a clear business case but we are always on the lookout for alternatives and we are always looking for ideas that could become something.”

Bitcoin may well be on the path to booming in South Africa, as well as the region in general. Online retail in South Africa is still a small part of the overall economy, owing in large part to the roughly 66% of the population who are “unbanked.” Regional banks have little incentive to provide low-cost payment services for that population, creating something of a vacuum for internet-native payment systems like bitcoin. For a company like Takealot, encouraging their users to use bitcoin could open up a huge market that was previously unable to use their site.