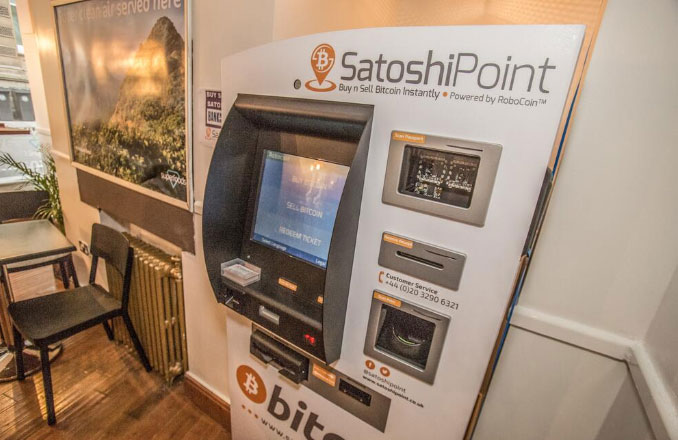 The Bristol Post reported today that a single bitcoin ATM located in a health food store has processed more than £38,000 ($61,000) in one month of operation, strongly suggesting a growing interest in cryptocurrency in the region. The Superfoods store hosts a two-way bitcoin ATM built by RoboCoin, and managed by regional operator Satoshipoint. The ATM was installed in July, but use didn’t take off until August. The operator says that more than 250 bitcoin ATM transactions took place in August, averaging £152 each.

Satoshipoint’s Operational Director, Hassan Khoshtaghaza, said that the Bristol ATM is “doing very well,” and is currently performing better on average than the company’s six London units. “We are getting users from as far as Cardiff and Bath coming to use the machine in Bristol and our volume is increasing each month on buy and sell transactions,” Khoshtaghaza said. The company has an aggressive expansion plan to meet demand, launching another ATM in Brighton in August and considering new locations in Cardiff, Manchester, Edinburgh, and Newcastle airport.

Bitcoin merchant adoption is still relatively low in in the U.K., although the topic has gained national attention several times thanks to high-profile mentions by Chancellor George Osborne, relatively friendly tax guidance from HM Revenue and Customs and an increasingly visible grassroots movement. The U.K. currently lacks a BitPay or Coinbase-scale payment processor, and there is no clearly dominant bitcoin exchange in the country. This lack of easy, trustworthy buying options might help toexplain the rapidly rising demand for bitcoin ATMs in the U.K.