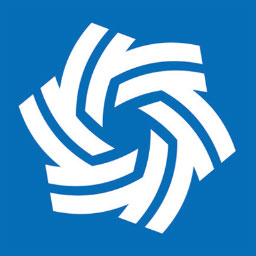 Vault of Satoshi ceases US operations Canadian cryptocurrency exchange Vault of Satoshi announced today that it would be halting all U.S. operations, effectively immediately. Citing concerns about the “increasingly hostile” regulatory environment in the U.S., the exchange announced their decision via their Facebook page.

The post also mentioned the warnings of Bitcoin Foundation and BitInstant founder Charlie Shrem in a recent episode of the “Let’s Talk Bitcoin” podcast.

The biggest concern for Vault of Satoshi seems to be compliance with the Financial Crimes Enforcement Network (FinCEN), a bureau of the United States Department of the Treasury tasked with combating domestic and international money laundering, terrorist financing, and other financial crimes. Like most regulatory bodies, FinCEN has had a seemingly unclear, and even seemingly contradictory, set of policies for handling virtual currencies.

We’ve made repeated attempts to comply with FinCEN regulations, but their online form submission process will not allow us to post reports from our headquarters in Ontario, Canada. They refuse to accept printed paper reports, and their drop-downs don’t include Canadian options, making it impossible to the file the required documentation properly in order to comply. Despite repeated inquiries into how to properly file reports from Canada, we have yet to receive a satisfactory response. They’ve literally made it impossible for us to run our business in compliance with their regulations.”

The news does not mean that U.S. Vault of Satoshi customers are out of luck, however. The post went on to note that when the “regulatory situation is clarified and settles down” the company will relaunch U.S. service, possibly on a state-by-state basis. In the meantime, however, new U.S. customers will not have their accounts verified, and will soon be limited to coin-to-coin trading. Any remaining U.S. funds will be refunded via check.

The regulatory situation in Canada currently seems even more uncertain than in the U.S., as Canada’s Finance Minister Jim Flaherty recently made seemingly hostile remarks about Bitcoin.