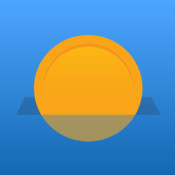 The CoinJar wallet is now back in the iOS App Store, at least in the U.K. and Australia. The once-popular mobile bitcoin wallet app, which as been offline since January after Apple insisted its core functionality be removed, is apparently back with all features fully restored. It’s unclear when, or even if, the app will also return to the U.S. version of the App Store.

Earlier this week, Apple released new developer guidelines for its popular iOS App Store that seemingly opened the door to cryptocurrency wallets and related programs. This is big news for the mobile wallet makers who had their apps taken down en masse earlier this year due to unspecified violations of the previous version of those policies. Although some versions of these apps have since been allowed using web-based workarounds, the lack of a truly native iOS wallet has been seen as a major hurdle for mainstream bitcoin and cryptocurrency adoption. Not surprisingly, Apple’s apparent reversal of their previous stance was instantly met with slightly cautious optimism.

Many bitcoin wallet developers immediately resubmitted their apps to Apple in hopes of being allowed to return to the App Store with full functionality restored. CoinJar appears to be the first such app to make it through the review process, although once popular apps from Blockchain, Coinbase and others are likely to reappear in coming weeks.