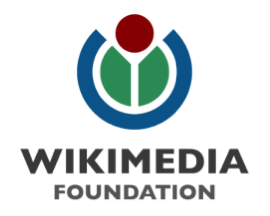 The Wikimedia Foundation was relatively slow to adopt bitcoin, taking months to approve the no-risk donation method after founder Jimmy Wales give the digital currency the thumbs up back in March. Some within the foundation had expressed concern that bitcoin’s user base was simply “too small” to justify the time and expense of integrating bitcoin payments. Last week, the foundation decided to roll the dice, partnering with Coinbase to formally accept BTC.

According to a new post on Coinbase’s blog, however, the Wikimedia Foundation’s fears should be a thing of the past. In the first week, Wikimedia raised over $140,000 in BTC donations. Even though this is a fraction of the foundation’s $49 million annual budget, it’s by no means an insignificant amount. It’s plausible that Wikimedia could see well over $1 million in bitcoin donations this year alone, although it is also likely that such donations will come at the cost of donations via existing methods. This would still be a net win for the Wikimedia Foundation, as they stand to lose less of their donated funds to fees.

The news does much to legitimize bitcoin payments for nonprofit organizations, which lose significant amounts from their online donations due to processing fees. Both Coinbase and BitPay have promised to waive processing fees for nonprofits, making BTC donations with local currency payouts extremely promising for both regional and global nonprofit groups.