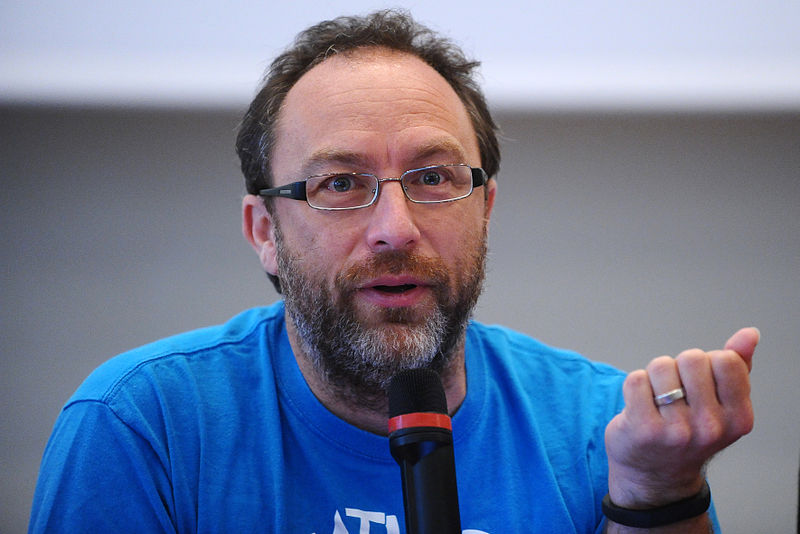 On Thursday, Wikipedia and Wikia founder Jimmy Wales posted a tweet that he was “Playing with BTC” and had bought 0.1 BTC (around $65) via Coinbase. He also posted the address of the account so his Twitter friends could follow along. Wikipedia does not currently accept Bitcoin for donations, but with Wales tinkering with the virtual currency, many in the Bitcoin community saw an opportunity. The plan was simple: Donate small amounts to Wales’s address show him how fast and simple Bitcoin payments are.

In the last three days, Wales’s account has grown by 5 BTC ($3,100) from hundreds of unsolicited donations. Apart from a brief scare when money was moved out of the account (it was just Coinbase automatically moving the funds into cold storage), the plan has gone off without a hitch.

So I set up a personal account at Coinbase to play around with bitcoin. I thought I would buy and sell some, and try to spend on real world things, etc. I’ve been watching bitcoin for a long time, of course, and I thought it past due to test it as a consumer – how hard is it, how confusing is it, etc.

Anyway, I mentioned this on twitter and a guy asked for my BTC address and last night a bunch of people got all excited and sent me BTC. Obviously I’m going to cash all that out in a few days and send it onward to the Wikimedia Foundation so if you want to keep doing that, I’m ok with it.”

Indirectly, the plan worked. Wikipedia, through Wales, is now accepting Bitcoin donations. Even more interestingly, however, is that the message appears to have gotten through.

I’m planning to re-open the conversation with the Wikimedia Foundation Board of Directors at our next meeting (and before, by email) about whether Wikimedia should accept bitcoin. One reason (not the only reason) that we haven’t is that setting it up as an option during the fundraiser has a lot of implications (we know, for example, and you will likely find this counterintuitive, that the more payment options we give people, the less they donate). But it occurs to me that they could just set up an account on coinbase and announce it via social media, and not bother with integrating it into donation screens and all that. The BTC community is pretty close-knit and generous, so that’d probably work pretty well.”

If Wikipedia and it’s associated projects were to accept Bitcoin donations, it would be seen as a substantial boost in the legitimacy of the cryptocurrency. That’s a big part of why the donations happened in the first place, and something not lost on Wales. When asked about adding Bitcoin to the standard Wikipedia donation options, Wales was clear that this would not be a high priority.

In the grand scheme of things the number of people using bitcoin is effectively zero. So we’d be showing what would effectively be a promotion for bitcoin in exchange for a very small net financial gain. That’d be great for lots of for-profit bitcoin businesses, and great for the bitcoin movement, but not really sensible for Wikimedia.”

But he also didn’t rule it out.

More on the Wikipedia-meets-Bitcoin story to come as it develops.