Bitcoin Casino – Bitcoin Information and Data – Bitcoinx » News » Will this week be remembered as “The Great Alt-Coin Meltdown”? 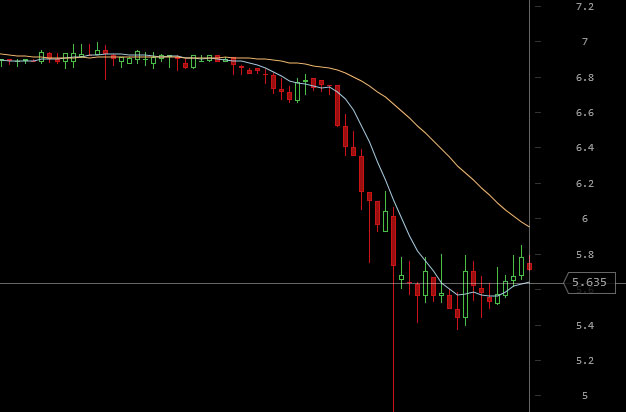 Will this week be remembered as “The Great Alt-Coin Meltdown”? Yesterday, the bottom fell out of the alt-coin market. As bitcoin’s price stumbled a few percent (dropping from the low $580s to the high $560s), a huge range of second-tier cryptocurrencies like litecoin, dogecoin and NXT have been in freefall. In the last 24 hours alone, litecoin has given up 15% of its total value, and for little obvious reason. The phenomenon isn’t limited to better-known alt-coins, either, with dozens of fringe and niche-market coins dropping by over 30%.

While major price dips aren’t exactly uncommon in the erratic, trend-driven alt-coin market, it is relatively rare to see a cross-coin crash of this scale. As reddit user Gohoyo noted, this may be the start of “The great alt-coin meltdown of 2014.” If true, what’s driving the crash? And what does it mean for the future of cryptocurrencies in general?

There are many theories currently being floated about the cause of the alt-coin crash, but few facts. Litecoin’s mining community, for instance, has remained largely stable even as the price of LTC has fallen. Since many of the effected alt-coins use the same Scrypt algorithm as litecoin, and even switch mining pools as needed, it’s unlikely that miners are to blame. Something else must be driving down the price. Could it be the looming impact of merged mining for litecoin and dogecoin? The impact of new Scypt ASICs hitting the market? A drop in speculator interest? There are no clear indicators.

One popular theory is that alt-coin miners are cashing out in an attempt to buy bitcoin during a price dip. While the theory has may be little more than wishful thinking, a similar situation happened last year during the run up to the bitcoin all-time high. Interestingly, not all alt-coins have suffered during this week’s crash. A handful of alt-coins, such as MintCoin, have experienced double-digit growth during the turmoil.