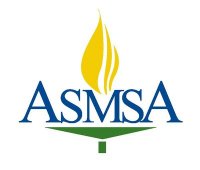 Yelp exec donates $10,000 in BTC to Arkansas School for Mathematics, Sciences and the Arts The Arkansas School for Mathematics, Sciences and the Arts (ASMSA) received an unusual alumni donation this week, as former student Luther Lowe gifted the high school $10,000 worth of bitcoin. Lowe graduated from the school in 2001, and has maintained active ties with the institution since. The education he received at ASMSA seems to have served him well, as he’s currently serving as Yelp’s Director of Public Policy.

Lowe’s gift is earmarked to provide education on technology, including bitcoin, to the school’s 3,300 students. Although the payment was received in BTC, the school processed it through a newly established BitPay account, and it will almost certainly be transferred into U.S. dollars before it can be used. That said, the school now has a BitPay account and a donation address, which it didn’t have before Lowe’s donation.

ASMSA is a two-year residential school is located in Hot Springs, Arkansas, and is publicly funded. Speaking with CoinDesk about the new program his donation will help to fund, Lowe said that “My high school math classes [at ASMSA] were a lot harder than my college courses, so I think whatever they put together is going to be great.”

Lowe also said that one part of his goal with the donation was to raise awareness about bitcoin in Arkansas, a state which is generally overlooked by the tech-focused startups in California and the finance-driven bitcoin community in New York.