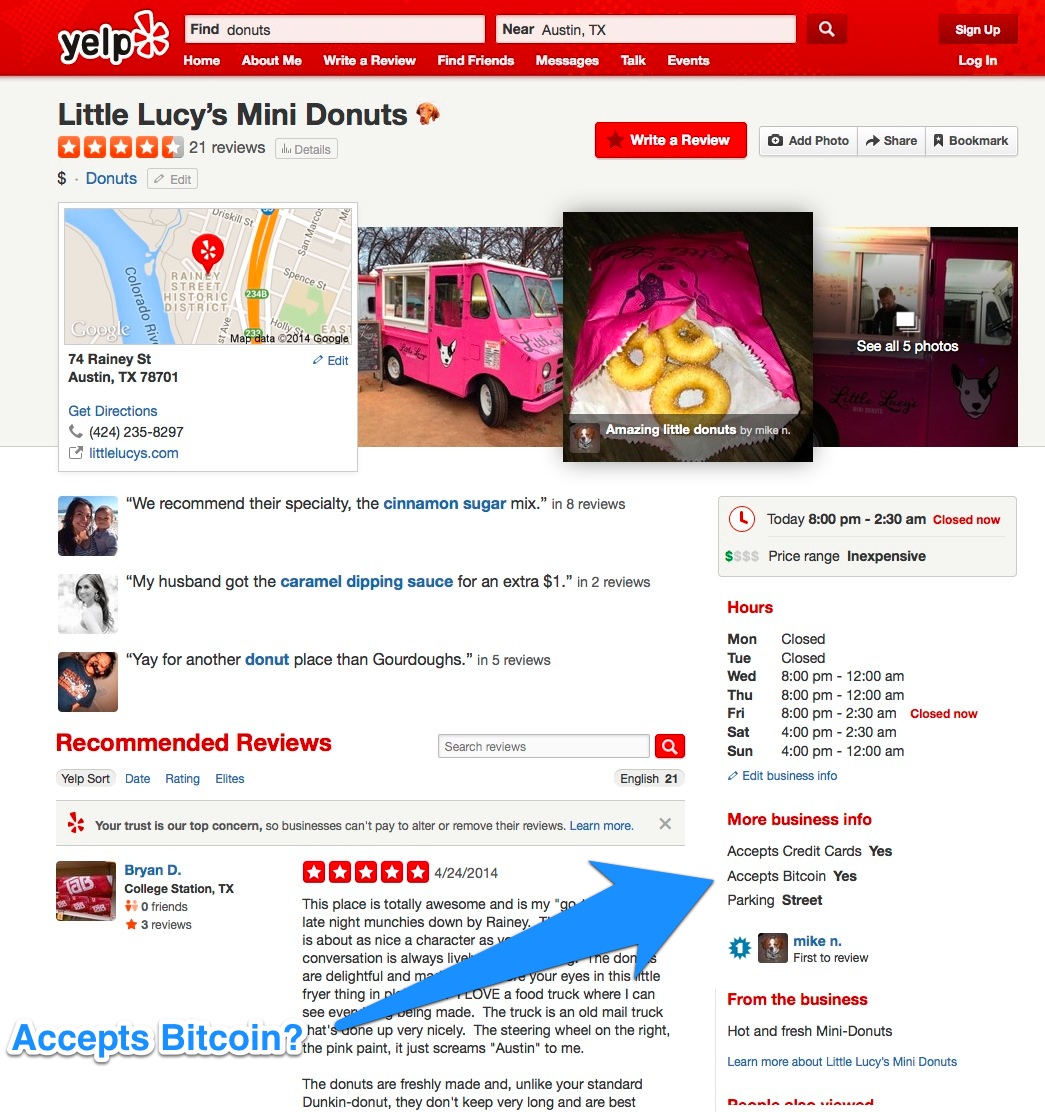 After a business decides to test the waters of bitcoin payments, it still faces a significant challenge: Letting people know about it. While it is true that many businesses experience a bump in publicity and interest shortly after accepting bitcoin, apart from window decals and stickers near a cash register, there are few ways to let customers know they can pay with BTC. Thanks to San Francisco-based merchant directory service Yelp, however, this is about to change.

Starting this week, Yelp now tells users if a business accepts bitcoin. Yelp listings can contain a huge variety of information about profiled businesses, and their inclusion of bitcoin is telling of a growing trend of bitcoin interest among the West Coast tech set. The feature has been rumored to be in the works for the last several weeks.

Judging by the official Yelp blog post, this isn’t just a “us-too” gimmick to snag some publicity. The company seems to understand the appeal of bitcoin, and appears to have implemented the feature due to ongoing customer demand.

Why does this matter? For those who haven’t heard the buzz about Bitcoin, it’s a new payment technology that allows consumers and businesses to make fast, secure and low-cost digital payments from any Internet-enabled device. Bitcoin also allows for consumers and businesses to transact without having to store sensitive data like a credit card number. Finally, like cash, Bitcoin’s transactions are one-way, so businesses don’t have to worry about chargebacks.

The bitcoin-accepting status of a company will be displayed next to other payment options, such as credit cards acceptance.