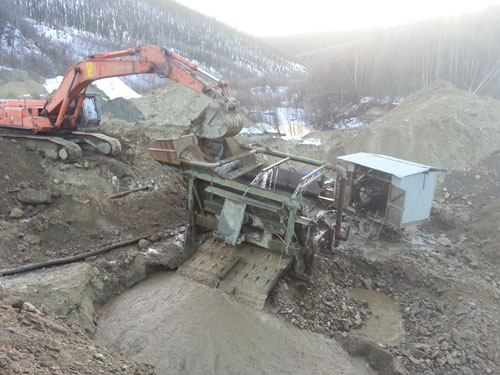 If you have an abundance of BTC to spend, particularly on real estate, “bitcoin luxury marketplace” BitPremier may already be on your radar. While much of the site consists of high-end downtown condos, designer handbags and sports cars, one recent listing doesn’t quite fit the norm. For $2 million, roughly 3,000 BTC, you can be the new owner of a bona fide Yukon gold mine.

The price for the Dawson City, Yukon, mine includes the mine property itself, the assets of the mining company, a lease on another property, and an estimated $1 million in mining equipment. The listing claims that the company has more than $1 million per year in sales, and that the current owner is willing so stay on as an adviser for a period of up to five years. The mine claims to be profitable, and will include all relevant financial and geological reports to interested buyers.

If that sounds too good to be true, keep in mind that gold mining has been largely thought to be a dying industry for the last several years. The cost of producing gold, even from very active mines, has often risen above the market price, causing mining operations to be money-losing ventures. Should gold prices rise steeply, however, that situation could change.

Should someone actually buy the mine for BTC, it would blow away the previous record for a bitcoin transaction. In March, a villa in Bali was purchased for around $500,000 worth of bitcoin.