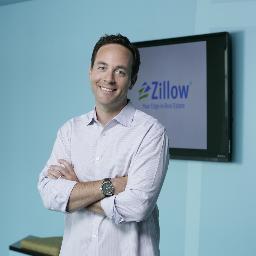 Following the example of Wikipedia’s Jimmy Wales, Zillow CEO Spencer Rascoff recently took to Twitter this morning to announce his new-found interest in Bitcoin. The message was simple: “Bought some bitcoin this morning. Buckle up.”

The tweet follows a message on Sunday from Rascoff, where he mentioned he was “reconsidering my skepticism on Bitcoin” thanks to a Coinbase tutorial.

Rascoff has long been an insider of the tech investment world. A Harvard grad and former investment banker at Goldman Sachs and Bear Stearns, he left the banking world to found Hotwire.com in 1999. He’s been involved in a variety of high-profile tech companies since, notably serving on the board of TripAdvisor. Forbes has twice named the 38-year-old as one of “America’s 20 Most Powerful CEOs 40 and Under.”

While Bitcoin has been the talk of the startup world for nearly two years, Rascoff represents the very youngest edge of the more mainstream tech investment world. If he becomes impressed with the potential of the virtual currency, he could prove one of the most influential advocates for large-scale private sector investment.

Shortly after this morning’s tweet, Rascoff commented on the overwhelming response.

Blown away by the number of RTs of my bitcoin tweet. My most pithy but most Retweeted tweet ever. Clearly twitterati loves Bitcoin.

And then followed it up with:

Could this be the start of a new phase for Bitcoin?