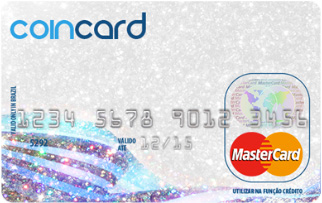 In another sign of the slow, steady global adoption of bitcoin, Brazilian bitcoin exchange BitInvest has launched a pre-paid MasterCard powered by bitcoin deposits. The technology behind Coincard is nothing new, as the exchange simply deposits sold BTC to the debit card rather than a bank account, but it does represent another attempt to bridge the gap between the bitcoin and fiat worlds.

Several other similar projects, such as the recently announced Cryptex card, are currently in the works. Thus far, this current generation of hybrid cards seem to have all of the weaknesses of pre-paid debit cards (high fees, fiat balances locked into local currency at time of purchase, exchange fees between fiat currencies) with none of the benefits of bitcoin itself. As part of the MasterCard network, Coincard should be usable anywhere MasterCard is accepted.

No details about the fee schedule or release date for Coincard are currently available. A World Cup-branded version of the website was taken down yesterday, as was the pre-order page. Interested parties can still sign up for notifications on Coincard on the BitInvest website.